By | June 06 2018
~These comparison tests based on MSI gaming notebooks with powerful cooling system, not every notebooks could have this performance boost depends on poor cooling design~

Intel launched the latest 8th Gen mobile CPU platform in early April 2018, but most of the users did not know the big difference from 8th Gen. Platform compared to previous generations, also got confused in-between H series and U series, so here I would like to help you to clarify these CPU info, and then we could go for the real benchmark status to find out why they got big difference! We used GT75, GS65, and previous GP62 to be the test platform conditions. If you got other brand's models, the performance gap might be smaller due to lower power supply and cheaper cooling system.

The Big Difference from CPU Cores and TDPs

When we take a look on below table, we could see that the 8th Gen Core i9 and Core i7 all comes with 6 Cores 12 Threads architecture, that means the performance boost might be able up to 40%~50% on some benchmarks because of 2 more Cores and 4 more Threads compared to Core i7 7700HQ. And when we looking at Core i5 8300H and Core i7 8500U, they all comes with 4 Cores and 8 Threads, so that means they might be able to beat i7 7700HQ CPU in some benchmarks.

The more Cores comes with more heat and higher power consumption, so when you are using the 8th Gen Core i7 or even Core i9, the working temperature boost over 95°C is a sudden is really a normal thing, because CPU boost up means higher performance demand on some programs, the fan speed boost up slower in few seconds, but that will not cause any CPU damage or performance issue, because MSI gaming notebooks comes with more heatpipes and higher level cooling design! The GT75 got the most powerful cooling system and dual 230W adaptors to drive Core i9 CPU up to 4.7GHz with matched performance and stable user experience!

* The Boost TDP was estimated from media reviews and internal tests with Intel XTU simulation. When all Cores up to highest clock, the TDP was much higher than basic TDP reference. *

How Good are MSI Best Cooling Systems for gamers

The GS65 Stealth Thin with 4 heatpipes and triple 47 blade fans, that made this cooling model called as “Cooler Boost Trinity”, the most powerful cooling system at this segment of gaming notebooks. The best ultra slim cooling solution could make GS65 Stealth Thin to have Turbo Mode with higher GPU overclock capability.

When we look at GT75 Titan, it comes with the masterpiece cooling solution called Cooler Boost Titan, 2 huge fans, 3 heatpipes for CPU and 6 for GPU and PWM that makes the GT75 Titan able to deal with over 120W or even higher possibility of CPU Boost performance with extreme overclock capability!

All the test result from Core i8950HK and Core i7 8750H was setting on SPORT Mode by MSI Dragon Center 2, so they still have the overclock capability if users set their notebooks on Turbo Mode, especially the GT75 Titan might able to OC the CPU to 4.5GHz~4.7GHz with very stable working status.

The FHD video transcoding and editing works already become a daily works for gamers, youTubers and streamers, so I also looking forward to see what Core i9 8950HK and Core i7 8750H got great improvement on this part. I used "X264 FHD Benchmark" to test the performance gap between these 5 CPUs.

Not all of the notebooks with Core i9 8950HK or Core i7 8750H could get same performance boost to the top, here I want to tell you a very cruel thing, many of the notebooks that lack of good cooling design will not make the wish come true, because the Intel® Core i9 8950HK and Core i7 8750H needs much higher power consumption to get higher performance, the 45W TDP is just for based clock status, if you want to drive CPU to keep higher Boost clock for long term, the 8th Gen Core i9 and i7 CPU could easily over 60W~120W with 6 Cores full loading, that’s why a set of better cooling system and higher power supply are the MUST combinations!

Used the Intel Extreme Tuning Utility (XTU) to adjust GT75 Titan of Core i9 8950HK with Turbo Mode, adjust the CPU TDP watts to evaluate some lower result status, let me show you the example on how the lower TDP capability and less power supply represent the lower CineBench R15 Multi-CPU scores, if the cooling system is bad or power consumption is lower, users will get much lower CPU performance than our benchmark status.

The Core i9 8950HK need over 120W TDP to boost its highest performance, and the Core i7 8750H need over 60W to drive its possibility, that’s why MSI notebooks always apply better cooling system with unique Cooler Boost function, gives higher watts of power supply, and more performance oriented design for gamers, it’s really worth to buy a new MSI gaming notebook to replace your old notebooks anyhow, then you will feel the spectacular performance boost right away! 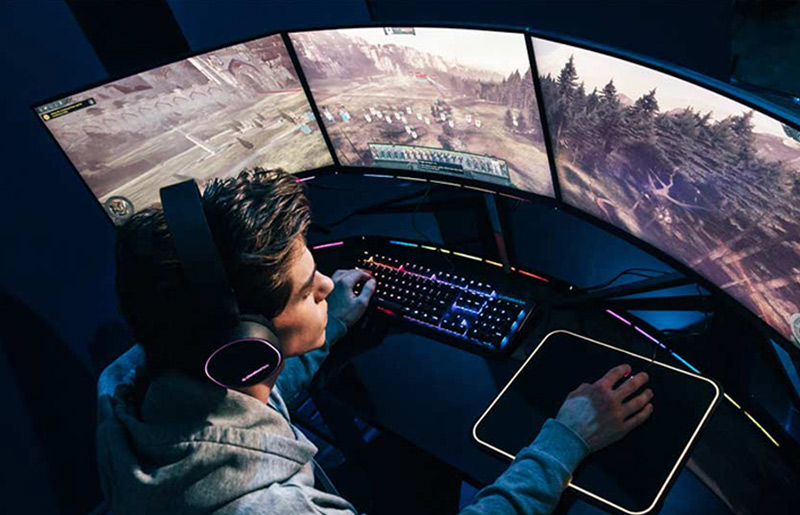 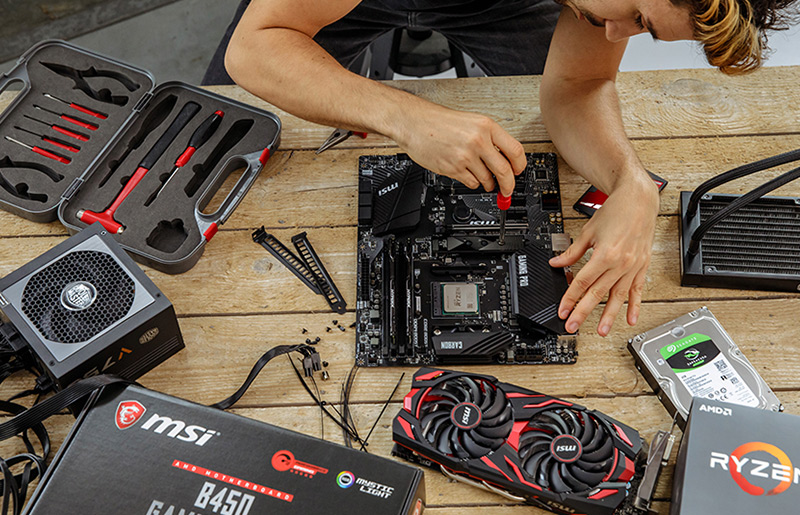 August 15, 2018 Pre-built PC VS. Custom PC: Which one is your best choice?
Previews Photo Gallery

July 24, 2018 How to Setup Triple Curved Gaming Monitors
Subscribe to Our Blog